I was looking for places to celebrate our 25th marriage anniversary. Andaman and Nicobar Islands was ruled out one more time as my long time wish destination and my birth place, owing to a heavy monsoon over there (my father promised to send me there for honeymoon but with my marriage happening with short notice, this could not materialise).

Someone said Kerala is the place to be visited actually in monsoon to see its full beauty. So I thought why not, it was in my list of areas to be visited anyway. So I worked out a 10 day plan as part of this year annual vacation. It was a somewhat customised trip worked out with  MakeMyTrip. 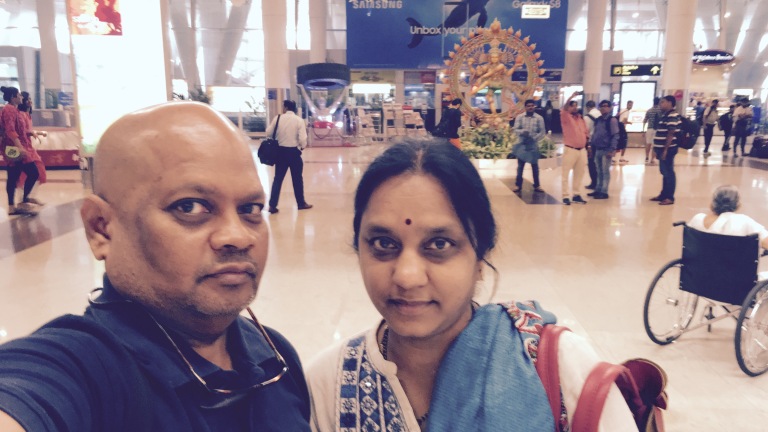 After a long wait at Chennai stop over, we landed at Trivandrum or Thiruvananthapuram as it is now called. Among the best things that are memorable from our entire 10 day trip was the delicious lunch at Mother’s Veg Plaza. They had over 24 dishes not including items like banana, papad etc. Something like four varieties of curry, four varieties of chutnies and so on served on a banana leaf and flavoured/coloured warm drinking water (chukku vellam as they call it in Malayalam). The water was good and I looked for more of it everywhere I travelled in Kerala, and had no success. The service was excellent with the supervisor checking on everyone’s plate. Half into our dinner for example, he came to our table and said, “Sir, we have four types of payasam and I see that you’ve tasted only one of them yet. You have to taste the other three as well”. He personally oversaw that we all had a delicious and full lunch. What an amazing experience! I was later told that they call this ‘satya’ food, meaning four varieties of each dish. And during Onam they eat such elaborate lunch for each of the ten days!!

We then saw the main attraction of the city, Sri Anantha Padmanabha Swamy temple. This was an out of the life experience in itself. We took the special darshan. So we got to see the main deity from the nearest doors. There are three doors next to each other horizontally. Each time you see through these small doors, you get to see only a third of the deity in a sleeping posture with half open eyes. The sanctum sanctorum is lit only with very few oil lamps and so is dark inside. When we saw through the first door, it took a couple of seconds for me to see that there was this very large face sculpted in a black stone in a dark place. And one hand of the deity hung with long fingers towards us. The face was so beautifully crafted that I was amazed by the skill of the sculptor. The whole experience was so mesmerising that we did a second darshan of the deity in the temple. The temple itself was made with very large stones and it is a big complex. I kept wondering how this could be built even assuming they used several elephants for the build. I don’t think I will ever forget the magnanimity of this temple!

No, we didn’t get to see the treasures found in the underground rooms of the Padmanabha Swamy temple but did get to see the extra security. The treasure is under counting and what we get to hear is after the valuation of the treasure, this temple will turn out to be the richest in the World (those who maybe reading the related news in media)!!

The hotel we stayed at, Presidency Towers was excellent too. The complimentary breakfast with plethora of continental, traditional South Indian and local Kerala food was very good. Among the ones I relished was Puttu and Poriyal. Puttu is a rice flour mixed with grated coconut cooked and pushed through a bamboo. The puttu itself is quite bland despite the presence of coconut. But when served with poriyal which is made of dry green moong dal, it is palatable and a very heavy food. I am sure it is very nutritious and provides energy for a long period. 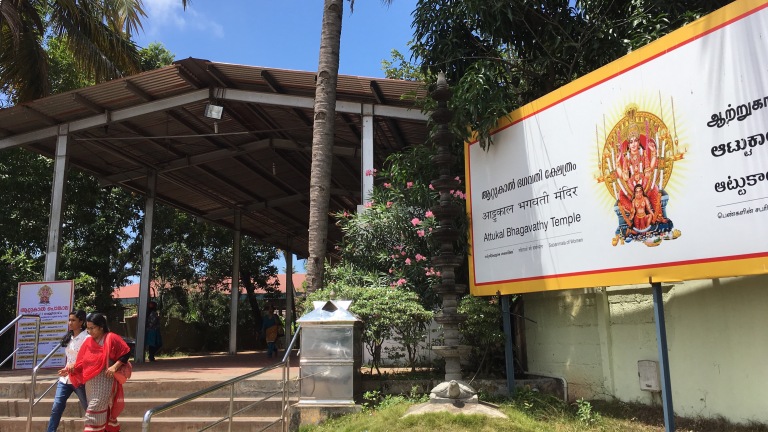 After an overnight sleep we went to Poovar and stayed at a resort (which I will cover in a later blog post). We came back next day to Trivandrum and saw Attukal Bhagavathi temple. This temple has a strange archana puja where the offering is fire crackers burnt in the temple complex. Also, when we do a regular archana we are not allowed to stay near the deity. We have to move out quickly like any other devotee and prasadam from archana is provided after some waiting outside!

There were some art museums and galleries that we saw. But they are not worth discussion. Compared to what most would’ve seen elsewhere these were below par and broadly only show how the past kings there lived or who they were. There is a palace which understandably the king built next to the Padmanabha Swamy temple so he could personally see it being built. But owing to a blunder in vasthu, the king died within one year of moving at a young age of 33 yrs and could not even see the completion of construction of the temple. This palace of which still 60 rooms are to be opened for public is worth visiting but nothing out of the blue. The palace is not handed over by the royal family to the local government for maintenance and they themselves do not have funds to maintain it.

One sight that no one will miss is the heavy use of the cotton off white saries by women and dhoti (wore like a lungi) by men. One will be hard pressed to find a woman who is not wearing the traditional Kerala white saree. And there are shops selling these for the young boys and girls too. Temples don’t allow devotees to enter without the traditional wear.

One thought on “Kerala Trip – Trivandrum ”